Home Lifestyle The Story of the First McDonald’s in Moscow

The Story of the First McDonald’s in Moscow 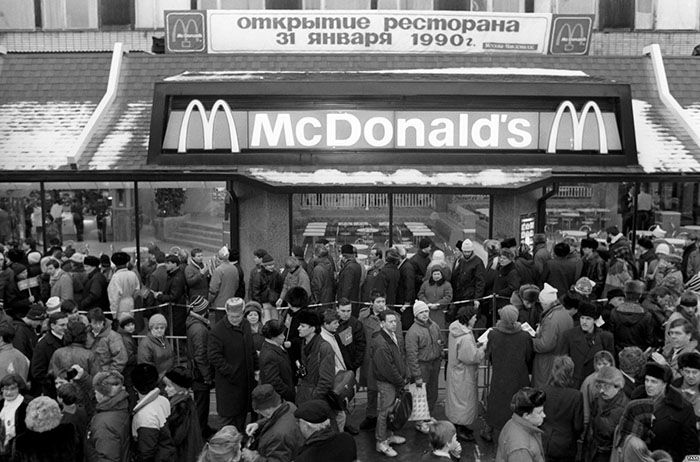 On this day, but twenty five years earlier, on January 30th of 1990 the first McDonalds eatery opened in Moscow. It was also the first one in the whole country – in the Soviet Union. They say they were holding talks with Soviet officials about opening this venture for over 20 years – since 1976. Also, they offered 51% ownership of the venture to the Soviet state. Then, on the first day, they were expecting 1,000 people to come to the new place. How many people actually came to taste American food? 30,000 people arrived on the first day, making it the largest restaurant launch worldwide, ever.