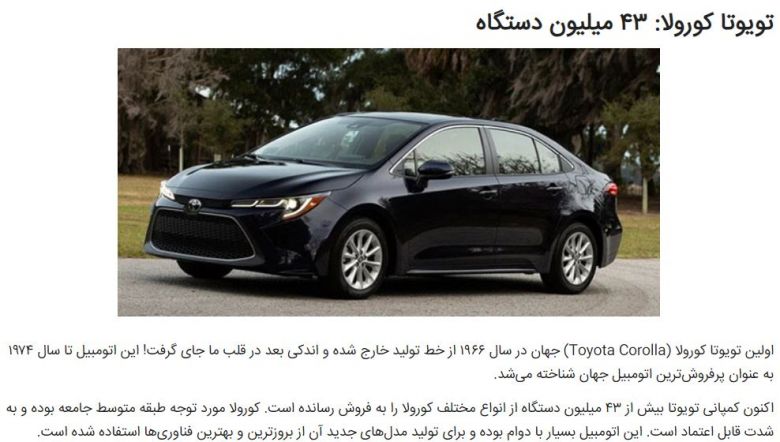 The first Toyota Corolla rolled off of the assembly line and into our hearts in 1966. By 1974 it was the best-selling car in the world. When Toyota announced Corolla number 40 million, it said they fly out of dealerships so quickly the automaker isn't sure who has it or at what location number 40 million was sold. By now, the number has swelled to more than 43 million sold worldwide.