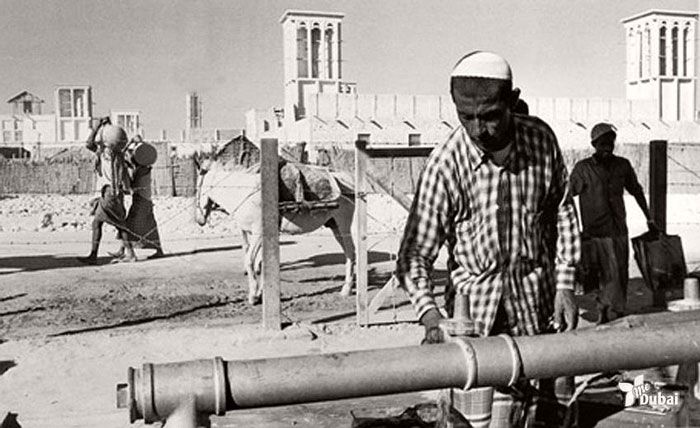 After years of exploration following large finds in neighbouring Abu Dhabi, oil was eventually discovered in territorial waters off Dubai in 1966, albeit in far smaller quantities. The first field was named ‘Fateh’ or ‘good fortune’. This led the emirate to grant concessions to international oil companies, thus leading to a massive influx of foreign workers, mainly Asians and Middle easterners. Between 1968 and 1975 the city’s population grew by over 300%.