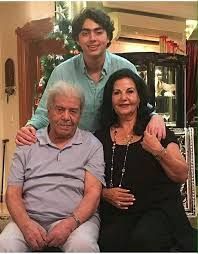 Zhaleh Kazemi was Pouri Banayi's dubber. Some of her films like The Mandrake and The Falconet in addition to Qeysar and Ghazal are considered as milestones in her performances before the 1979 revolution which put a partial end to this type of Iranian cinema. She also acted in some foreign-produced English-language films such as Missile X: The Neutron Bomb Incident (1978) directed by Leslie H. Martinson in which she co-starred with Peter Graves and Curd Jurgens.
PrevNext
Your Comment
Signup
Log in