8 most difficult countries to gain citizenship 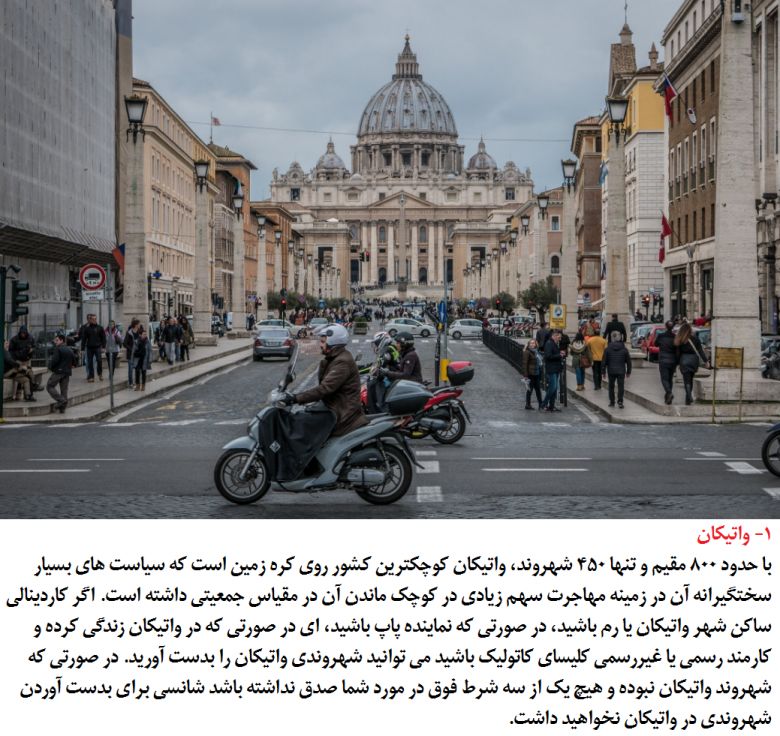 The Vatican state is the smallest country in the world. Only 450 out of 800 people have vatican nationality in the world.The Vatican citizenship is impossible for ordinary people unless you are a cardinal or somebody employed in Vatican.  Other forms of citizenship such as birth, descent do not exist.The Vatican City State law on citizenship, residence and access, which was promulgated on 22 February 2011, classifies citizens in three categories:

Unlike most countries, Vatican citizenship only lasts as long as you meet those requirements. The retired Swiss Guard and cardinals transferred out of Rome don’t maintain their citizenship.The Vatican passport issued by the Holy See or Vatican City State. The Vatican City state can issue normal passports for its citizens, while Holy See  issues personal,diplomatic and service passports.