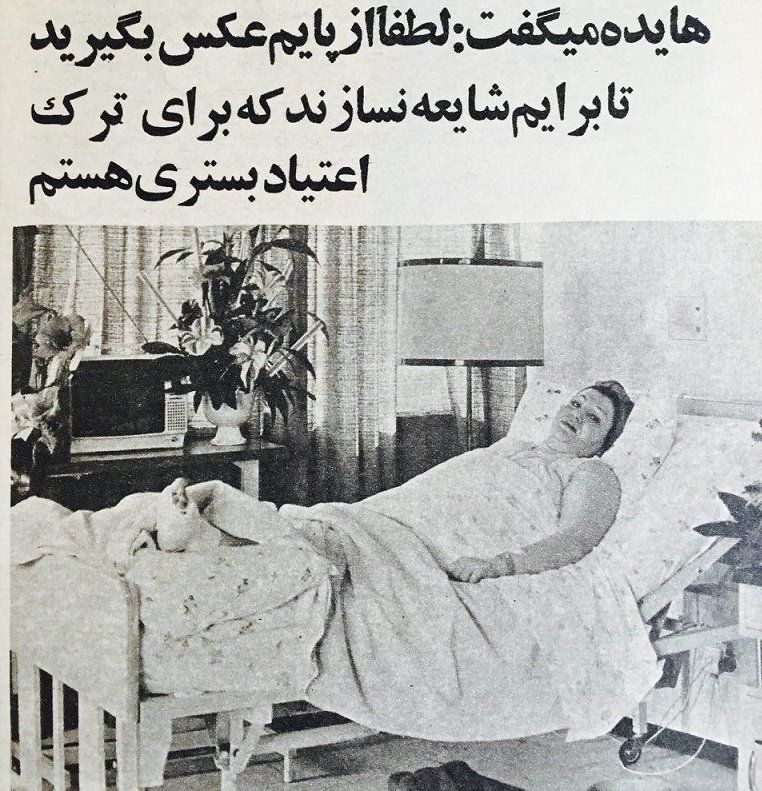 Hayedeh's albums are still best sellers and her songs are played on Iranian TV and radio channels. Many of her songs are sung by Iranian pop singers. Houshmand Aghili performed Hayedeh’s "Sarab", Parviz Rahman Panah remixed her "Saal", Shahla Sarshar performed a tragic song called "In Memory of Hayedeh", singer Amir did a cover of Hayedeh's song "Soghati" in 2008 and Mahasti performed three songs in memory of her late sister.
PrevNext
Your Comment
Signup
Log in