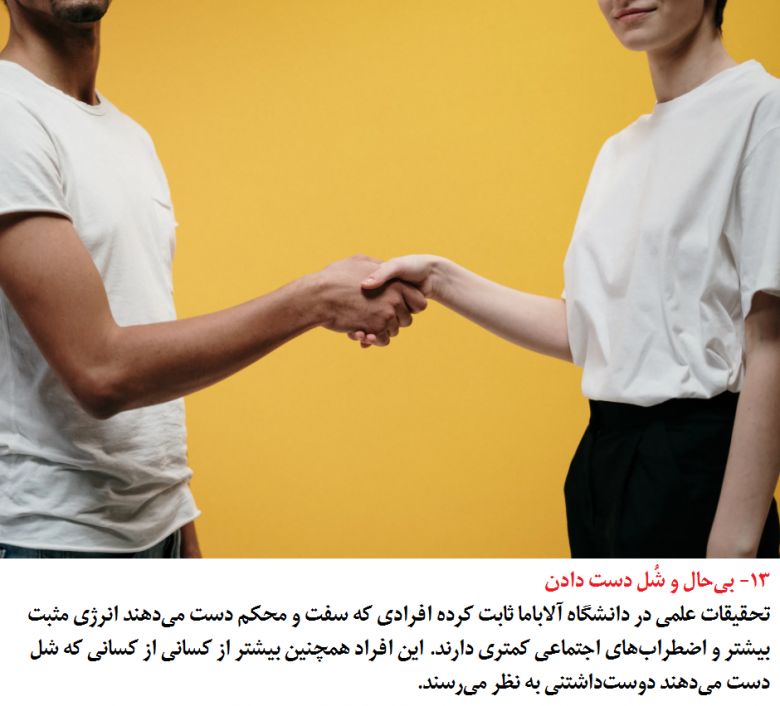 Ever gotten a weak handshake from someone? Well, it turns out people that give weak handshakes appear less likable and more anxious than those who give firm handshakes. According to a University of Alabama study, participants who rated handshakes of undergraduates believed those with weaker handshakes were less positive, likable, and more socially anxious.