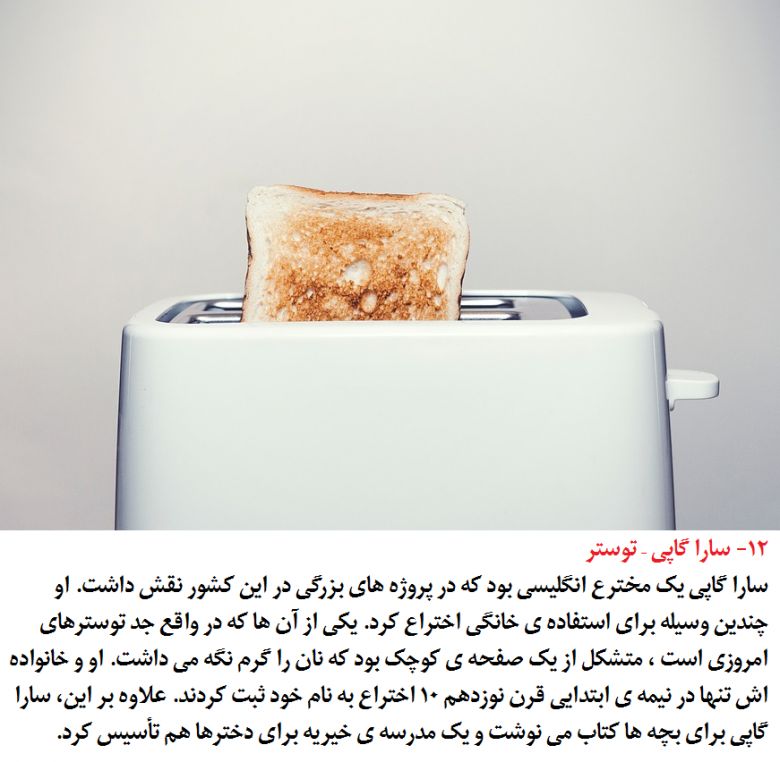 Sarah Guppy, née Beach (5 November 1770 – 24 August 1852) was an English engineer and the first woman to patent a bridge, in 1811. She was also an inventor and designer who developed a range of products. Sarah Guppy was an English inventor who contributed to major projects in Britain. She developed several objects for domestic use. Among them, the ancestor to today’s toaster, which consisted of a small plate that kept bread warm. She and her family registered 10 patents in the first half of the 19th century alone. In addition, Sarah Guppy wrote books for children and founded a charity school for girls.
PrevNext
Your Comment
Signup
Log in