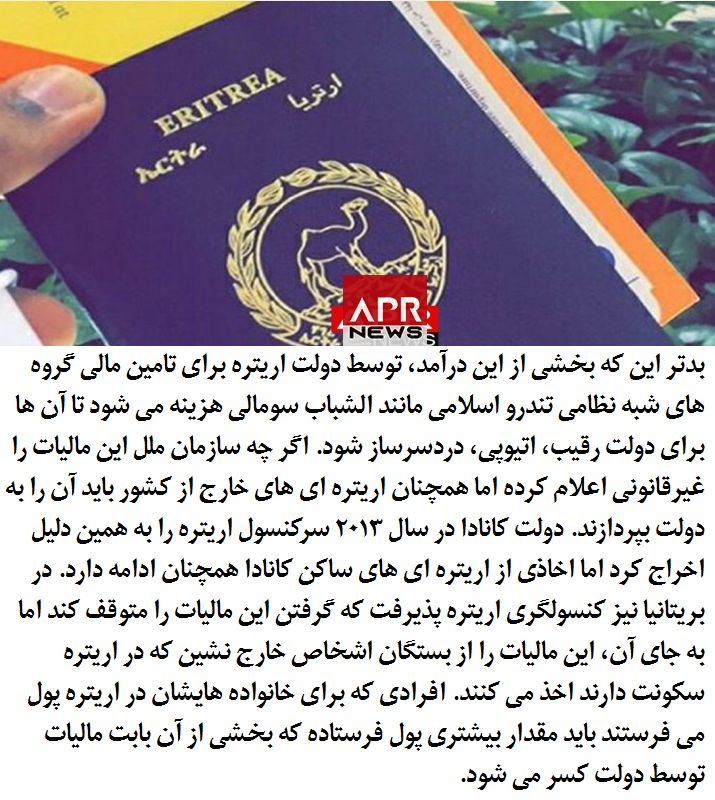 The study shows the active role that Eritrean embassies and consulates play in the collection of the diaspora tax, as well as intermediaries of the Eritrean regime. These embassies are often controlled by Eritrean government officials who are usually not diplomats. The Dutch government states that if it finds solid evidence of the role of the Eritrean embassy in The Hague in any coercion, threat or other unlawful action, it will not rule out that diplomatic measures could be taken.
PrevNext
Your Comment
Signup
Log in

People Spotted Others With Bad Behaviour in Public Places

Famous Musicians Who Died Too Young

People Spotted Others With Bad Behaviour in Public Places