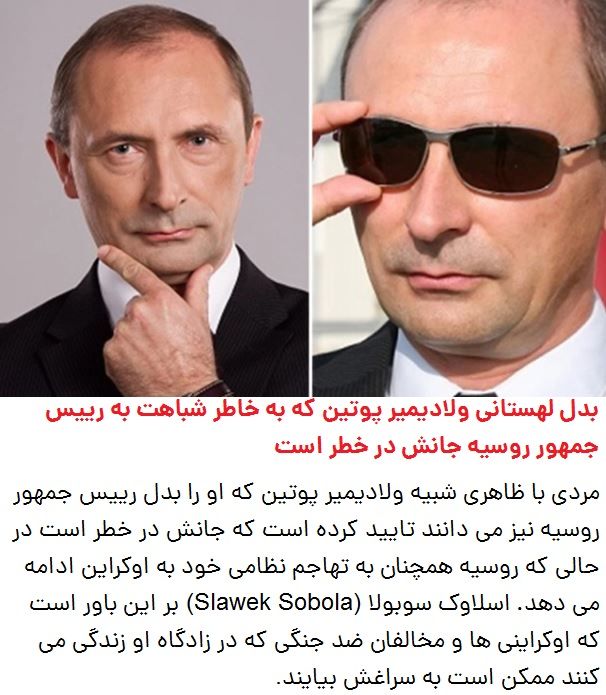 Image credit: mirrorimages.co
A man who made money impersonating Vladimir Putin has said he is now fearing for his safety in the wake of the invasion of Ukraine. Slawek Sobola, a 53-year-old Polish man, has spent the past eight years touring the US, UK and Hong Kong professionally impersonating Putin as a side hustle, but he recently told the Daily Star he is concerned locals in the Polish city he lives in will become "angry or aggressive" if they see him because of the war. “Before the war, I wasn’t afraid for my safety on the street, but now … I’m a little afraid because in Wroclaw, there’s a lot of people from Ukraine who work and live here,” he said.
PrevNext
Your Comment
Signup
Log in