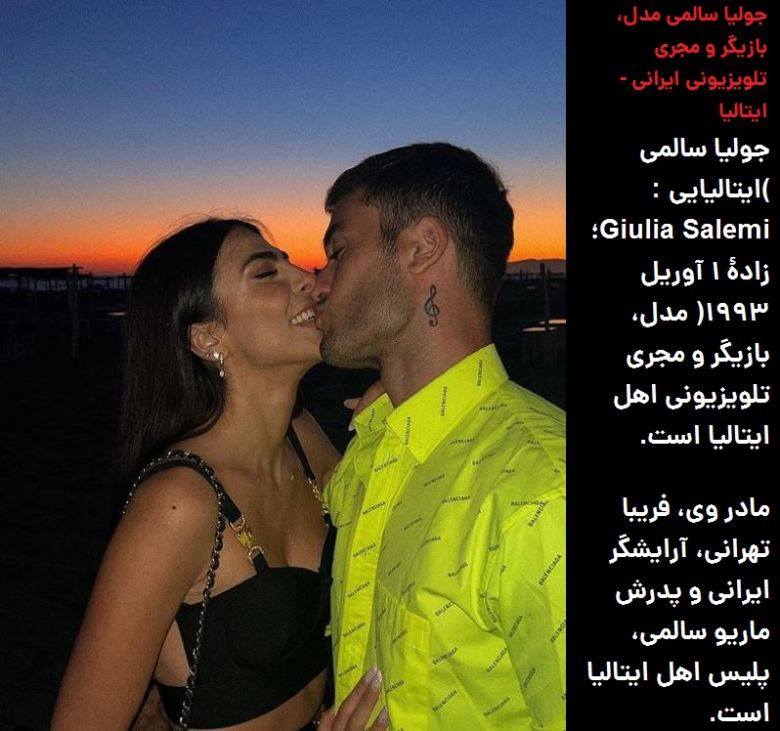 She was born in Piacenza to the policeman Mario Salemi and the Iranian beautician Fariba Tehrani, who separated in 2009.She studied at the high school of human sciences and attended Economics at the Università Cattolica del Sacro Cuore, in the Piacenza branch. She was attracted from a very young age to the world of entertainment, she made her debut as a model. She embarked on a television career, she leaves her studies after a year.
PrevNext
Your Comment
Signup
Log in