“Trump will change Germany’s position in the world.” 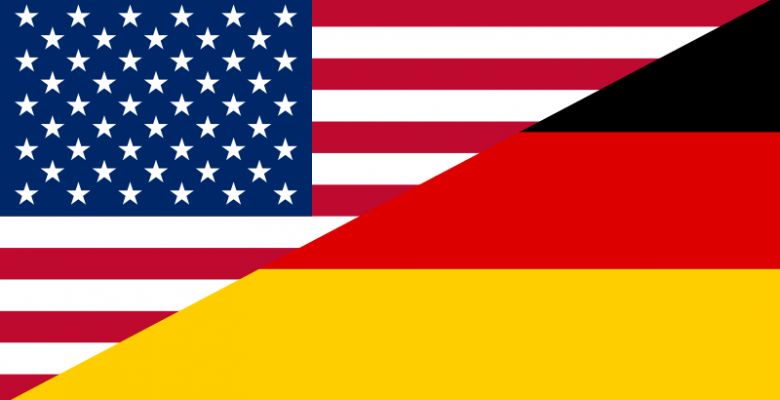 Political scientist claims that the US is moving towards isolation and that this opens the door for the EU to take on a new role. He points out, however, that he is not sure if Germans will be able to deal with a new position. US President Donald Trump’s foreign policy threatens to tinker with the global balance of power. In an interview with DW, political scientist and historian Siebo Janssen says that the isolation to which the US is headed will cause the European Union to react.

“The Europeans are now in a decisive moment,” says the professor of the Institute of Anglo-American History at the University of Cologne. “Trump will change Germany’s position in the world, but no one wants to accept that at the moment.”
DW: US President Donald Trump gives signs of an isolationist foreign policy. He warned other NATO countries to lend their contribution to the military alliance. Does such a setback give other states, such as Germany, the possibility of playing a greater role in the international community?

Siebo Janssen: Germany, first only West Germany and now the unified country, has always been protected by the US against the Soviet or Russian threat. The US has always stressed that they would take care of this alliance with Germany because they need Berlin as a stability factor in Europe and also in the EU.

With Trump, we now have something that can be characterized as a “brutal isolationist position.” The new president says things like, “I am not interested in what happens in the rest of the world. I am only interested in the dismantling of the so-called ‘Islamic State’ and what is happening in the United States.”

For Germany, the challenge now lies in the fact that the country takes on a completely new role – it will become more independent, but also take a leading position within the European Union and the free world.

At this point, I am skeptical. I am not sure if Germany can deal with this new position of power – we have never learned this and never wanted to, and yet we are facing two major political challenges. The first concerns the EU – Germany is the main actor within the European Union, as France is politically and economically in decline.

Germans also play an increasingly important role within the international community. But here, no one wanted this, and he simply stumbled on that role. Everyone knows that Trump is going to change Germany’s position in the world, but no one wants to accept that at the moment, for that there are no previous examples.

How should Berlin react?

I believe that a European Union under German leadership – and perhaps later under French leadership – will have to build its defense and foreign policy. This basis must be built on two pillars: diplomacy, where Germany is already quite strong, and the military power of the European Union as a whole, not only in Germany or France, must be strengthened.

If Europe starts to pursue its foreign policy, would it not lead to diplomatic clashes with the US?

That can be seen – in the European Union, for example, there is no interest in the destabilization of Eastern and Southeastern Europe, which Russia is trying to do now. If the US isolates more and more, I fear that the EU and Germany will have to take better care of their neighborhood. Not being able to ask the US to take on this responsibility, Europe will have to do it on its own, as Trump has already said he will not let the conflict with Russia advance.

If Russia tries, for example, to expand its position in Ukraine, South-East Europe, and Georgia, then it will be necessary to react in the Baltic States. The EU will have to respond if the US does not want to do so.

In addition to military expansion and the encouragement of diplomacy, what other reforms would be needed in reaction to Trump and the new American policy?

The whole of the EU needs a seat in the United Nations Security Council. It would be a clear signal to the rest of the world – to Russia, the US, and China – that the European Union unites for its foreign policy and not for its national interests. But the problem is that, on the other hand, we see this decline of the European bloc. He becomes weaker and weaker. There are many external and internal problems, just look at Poland, Hungary, Czech Republic, Slovakia, and Brexit.

Europeans are now at a decisive moment: they can go more towards the EU, reinforcing it regarding foreign and security policy. Or they can lose influence in the world.