Another Trump Hotel Wants Out 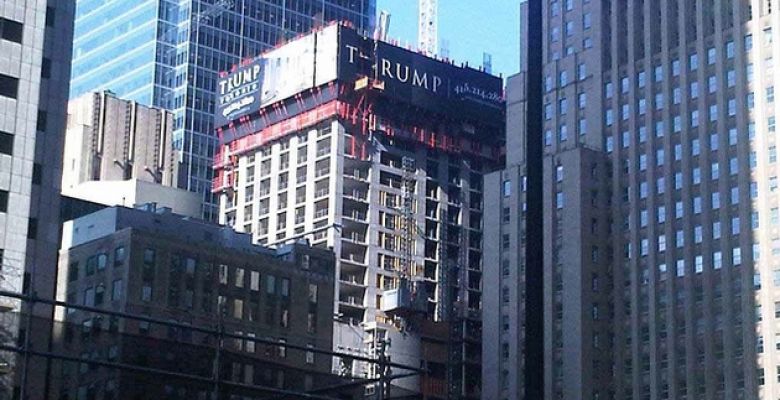 PHOTO: Trump International Hotel and Tower in Toronto is among the properties that recently removed the US president's name. (photo via Flickr/Richard Alvin)

Wallowing in a damaging downturn, the owners of a Trump International Hotel in Panama say they’d like the U.S. president’s name stripped from the building.

The move comes amid the building’s struggles with sagging occupancy rates.

“They were given 30 days to cure,” Jeffrey Rabiea, a New York businessman and owner of three units in the building, told the Associated Press.

Trump Organization officials confirmed the effort to remove the president’s name from the Panama property and to sever ties with the Trump management company.

A statement issued by the Trump Organization described the action as a contract violation.
“Not only do we have a valid, binding and enforceable long-term management agreement, but any suggestion that the hotel is not performing to expectations is belied by the actual facts,” the Trump Organization said in a statement reported by Associated Press.

The building’s property owners had previously paid at least $32 million to be associated with Trump’s brand.

Up until just a few months ago, owners at the 369-unit building did not have enough votes to control management aspects of the property, according to various reports. However, in August, the Miami based investment firm Ithaca Capital Partners purchased 202 condos, a conference center and restaurants in the property, thereby gaining a voting majority.