“Politics of demonization” has left the world more divided and dangerous in 2016, says Amnesty International 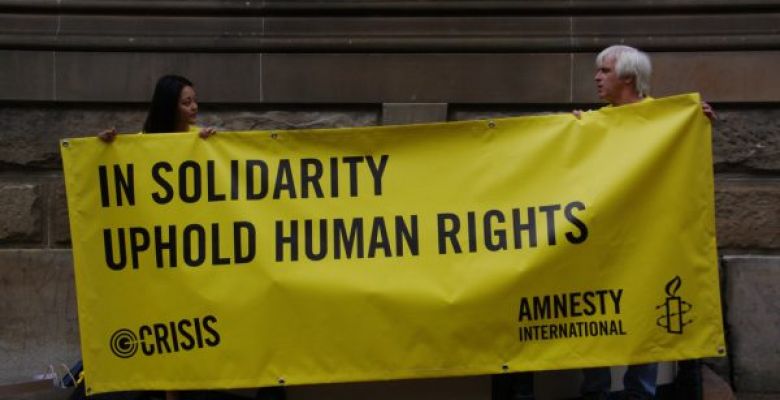 Amnesty International released its new report on Human Rights on Tuesday (21) and stressed that 2016 was a year that the “politics of demonization” left the world more dehumanized, divided and dangerous.

The 159-nation report warns of fears, guilts and divisions that have become commonplace in Europe and the United States, and fueled a global setback in the fight against crimes against humanity, said Salil Shetty, Secretary General of Amnesty International.

2016 was the year in which blatant uses of “us against them” narratives of guilt, hatred, and fear gained global prominence at a level not seen since the 1930s. Many politicians have responded To real concerns about security and economy using the manipulation of identity politics in a separatist and perverse way, in an attempt to win votes.

Still, according to the study, these policies spread the idea that some people are less human than others, stripping humanity of entire groups.

– Instead of fighting for people’s rights, many leaders have adopted a dehumanizing agenda for mere political convenience. Many are violating rights of groups that are used as scapegoats to gain points in politics, or to draw attention from their failures in securing social and economic rights.

In addition, the text denounces that governments have turned a blind eye to war crimes, forced negotiations that weaken the right to seek asylum, passed laws that violate freedom of expression, incited the killing of people just because they were accused of using Drugs, justified tortures and mass surveillance, and intensified the use of excessively harsh police powers.

The report further documents that 36 countries violated international laws by illegally sending refugees back to countries where their rights were at risk and that there was an increase in strict policies was an increase in anti-feminist and anti-LGBT discourse (Lesbian, Gay, Bisexual, Transvestite, Transgender, and Transgender).

– By 2016 these cruel forms of dehumanization have become a dominant force in global politics. The limits of the acceptable have changed. Politicians are actively and shamefully legitimizing all types of hate speech and rhetoric based on the identity of people: misogyny, racism, and homophobia.

For this year, Amnesty warns that the world will witness the exacerbation of ongoing crises caused by an absence of leadership in the field of human rights in the face of the chaotic situation in which the world finds itself.

– At the beginning of 2017, it is seen that the major world powers prefer to seek narrow national interests at the cost of international cooperation. That can lead to a more chaotic and dangerous world. A new world order, in which human rights are presented as a barrier to national interests, dangerously weakens the ability to deal with mass atrocities, opening the door to abuses that refer to the darkest periods of human history.