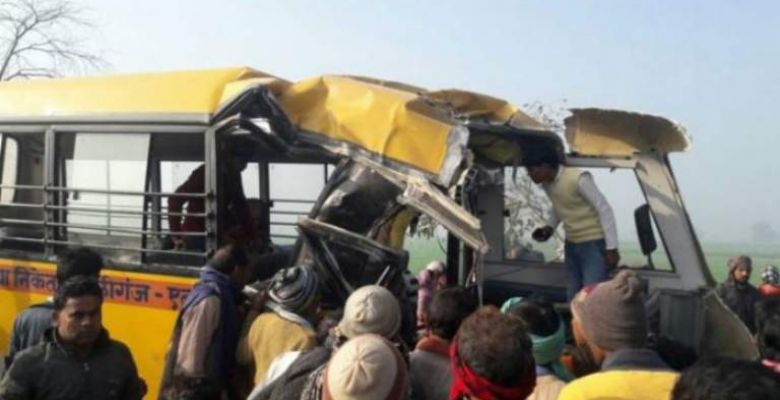 At least 15 children were killed and dozens more injured when a school bus collided with a a truck in northern India on Thursday, police said.

The driver of the bus also died in the crash, the latest deadly accident in a country with one of the worst road safety records in the world.

Police in Etah district subsequently confirmed via direct Twitter message that 15 children had died and said the number could increase to 20.

It is not yet clear what had caused the vehicles to crash, although collisions are a common occurrence on winter mornings, when northern India is frequently blanketed with thick fog.

Road accidents killed nearly 150,000 people in India last year, around 400 a day, according to the data from ministry of road transport and highways.

“Anguished by the tragic accident in UP’s Etah district,” he said. “I pray for those injured in the accident in Etah recover at the earliest.”
—–AFP