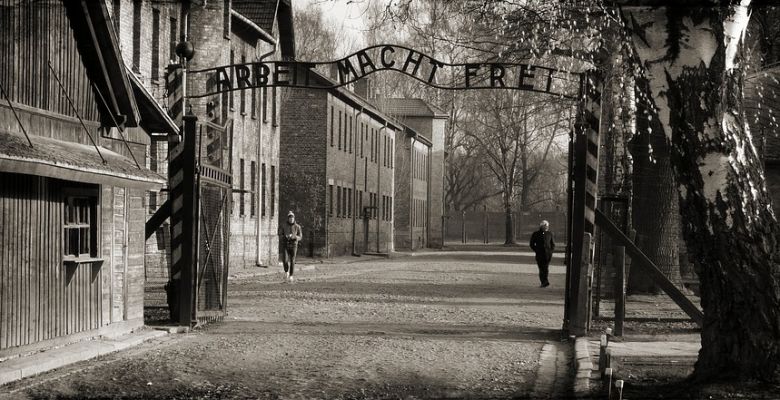 German prosecutors are investigating three more cases of former workers at the Auschwitz concentration camp. Investigations into Nazi crimes have been accelerated as the number of suspects dwindles.

Germany may yet see three more Auschwitz trials as prosecutors accelerate procedures to put the last surviving guards at the Nazi death camp in the dock – and attempt to close one of the most notorious blind-spots in the German judiciary’s handling of its Nazi past.

The judicial authority charged with investigating Nazi crimes has handed state prosecutors in Gera, Stuttgart and Celle three more cases for review – indicating that the suspects live in the jurisdictions of those cities.

Though none of the suspects have been named, Jens Rommel, head of the Ludwigsburg-based “Central Office of the State Justice Administrations for the Investigation of National Socialist Crimes” would only confirm that all three suspects were men born in the years 1922 and 1923, and that they were “from the lower ranks” of the SS. They themselves are not yet aware of the investigations, which is one reason why their names have not yet been released.

This would make them all over 90 now, but also over 18 in 1944 – the year of the so-called “Hungarian Action” that most recent Auschwitz cases have concentrated on. That means that if prosecutors decide to go to trial, the suspects probably wouldn’t face a young offenders’ court, as has often been feared with the later Auschwitz trials.

“We try to find out who is still alive of the people who may be prosecutable,” Rommel told DW. “Further investigations are then taken on by the state prosecutors. They will decide whether to look for more evidence or whether they decide to first look into the health of the suspects.”

The “Hungarian Action” is the name often given to the period when the pace of mass gassings at Auschwitz was increased to accommodate the deportation of over 400,000 Hungarian Jews to the camp between May and July 1944. Some historians argue that this period of intense industrialized murder gave the Auschwitz-Birkenau camp its position as the dominant symbol of the Holocaust.

In July 2015, Oskar Gröning, who worked as an accountant at Auschwitz, was convicted of 300,000 counts of accessory to murder because prosecutors were able to prove that he counted the value of goods confiscated from victims during the Hungarian Action.

This ruling – as well as the conviction of another concentration guard, John Demjanjuk, in 2011 – provided a long-awaited precedent. Since then, simply showing that someone had worked at a death camp, and therefore helped the day-to-day machinery of the Holocaust to function, was potentially enough to get a conviction of accessory to murder.

After the Demjanjuk conviction, Rommel’s office – which employs just six investigators – re-checked personnel records from the Auschwitz and Majdanek concentration camps and in 2013 delivered to state prosecutors an initial total of 30 Auschwitz suspects and 28 suspects who had worked at the Majdanek camp in eastern occupied Poland. This was followed by a number of other investigations, most of which did not make it to trial, usually because of the infirmity or death of the suspects.

“These last investigations from 2016 were passed on very quickly and individually, so we wouldn’t lose any more time,” said Rommel. He added that the Federal Court of Justice’s confirmation last fall of Gröning’s four-year prison sentence had also given his office new momentum.

Up until the Demjanjuk and Gröning convictions, the German judiciary would only pursue evidence of actual murders. This led to the convictions of a handful of the more brutal Auschwitz guards at the Frankfurt trials in the early 1960s, but let the tens of thousands of people who worked in the concentration camp network escape justice. Thus, while denying the Holocaust is a crime in Germany, actually taking part in it has never been an offense.

That is partly because defining the Holocaust as a single crime has proved legally difficult. To simplify the more recent prosecutions, lawyers have concentrated their cases on the Hungarian Action, which they argue can be defined as a single crime. In June 2016, 94-year-old Reinhold Hanning was convicted of 170,000 counts of accessory to murder after prosecutors proved that he had commanded a guard unit at Auschwitz until his transfer in June 1944.

“We investigate camp-by-camp what actually happened,” explained Rommel. “That is clear for Auschwitz, but in other camps it is not so clear in legal terms whether there was systematic murder. The second step is to determine who was there at what time and in what role.”

That involves digging through archives in Germany (notably military archives and records kept by various Holocaust memorials), as well as some in Poland, the United States, and countries in the former Soviet Union.

Rommel’s team looks for records of everything from promotions to transfers between camps and sick leave. “We then puzzle all this together so that we can describe who was where and for how long,” said Rommel. “The third step is then to find out who is still alive among those people.”

Though he admits that some investigations are ruled out because of the suspects’ birth years: “If someone is over a hundred years old we don’t look for them anymore.”