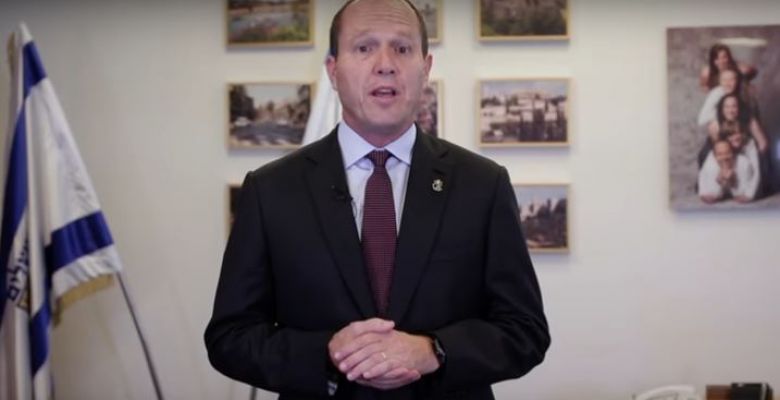 A day before Donald Trump is to be sworn in, Mayor Nir Barkat urges Israelis in a video posted on Facebook, to sign a letter thanking the new U.S. president for his pledge to move the American embassy to Jerusalem.

The video is cross-posted from an Israelwelcomestrump.com web site.

In his message, translated into English with subtitles, Barkat, who has sought to challenge Prime Minister Benjamin Netanyahu’s leadership of the right-wing Likud party, lambastes the outgoing Obama administration.

He accuses Obama of seeking to stop settlement building, of having “surrendered to the Iranians and radical Islam” and “abandoning” Israel to a United Nations Security Council resolution last month against settlements built in occupied territory.

“During the last eight years the Obama administration has pushed for” a settlement freeze, Barkat says.

Barkat urges supporters to join in signing a thank you letter to Trump for his pledge to move the U.S. embassy to Jerusalem.
“Let’s all welcome him as our friend,” Barkat says.