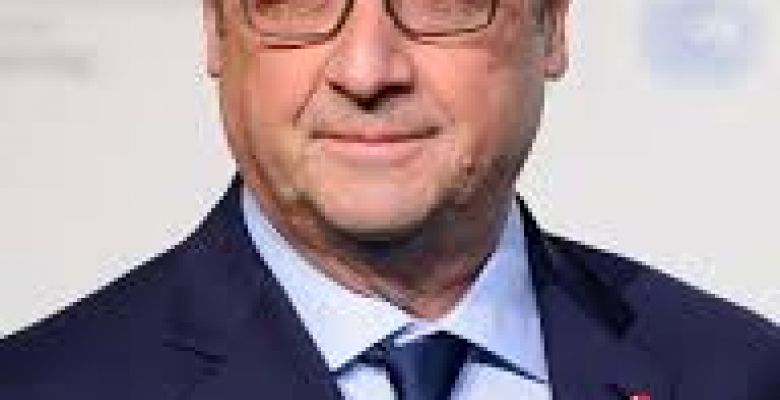 French President François Hollande on Friday criticized economic protectionism advocated by the new president of the United States, Donald Trump, whom he referred indirectly as the “sworn” in Washington.

In the presence of four former presidents – one of them from his party – Trump spoke out repeating the aggressive tone of the campaign, with criticism of politicians, promises to defend the borders, and that in his government US interests will be put first.

“We are in an open world economy. It is not desirable to want to isolate ourselves,” Hollande said during a visit to a textile company in Gérardmer, eastern France, Efe news agency reported.

The French president stressed that the border closures recommended by some, such as “the one that takes an oath” in the US capital, with taxes to avoid the arrival of certain products from other countries, can put jobs at risk in those places.

“That there are rules that prevent unfair competition is totally legitimate … but we should not imagine France closed to the rest of the world,” Hollande added, to whom this isolation would imply the loss of jobs, competitiveness and economic development.

Since the election of Trump on November 8, Hollande has been concerned about the consequences at the international level.
On January 12, the French president warned the future administration of Trump that his country will always be for the United States a reliable but autonomous ally.
“(France) will be able to adopt, with the freedom that characterizes it, positions that can sometimes be different if we think they are not following our interests or our values,” he said in a new allusion to his American counterpart.
‘Nationalist tones’
Deputy German Chancellor Sigmar Gabriel said Trump’s inauguration speech had “high nationalist tones” and said his election was the result of a radicalization. He gave the statements in an interview with ZDF, according to Reuters.
“What we heard today was high nationalist tones,” Gabriel said. “I believe we have to get prepared for a difficult course.”
He added that Trump “was extremely serious” in his inaugural speech, which meant he would follow his promises on trade and other issues.

Europe and Germany must be united “to defend our interests,” according to the vice chancellor.
Gabriel also said that Germany will need a new economic strategy geared towards Asia should the new US government start a trade war with China.
The United States is Germany’s biggest trading partner, and Trump has warned that its government will require a 35 percent tax on cars that the German automaker BMW plans to develop at a new company in Mexico and export to the US market, American.
‘Uncertainty’