Home Wold News With Madonna’s speech and other personalities, thousands protest against Trump in Washington

With Madonna’s speech and other personalities, thousands protest against Trump in Washington 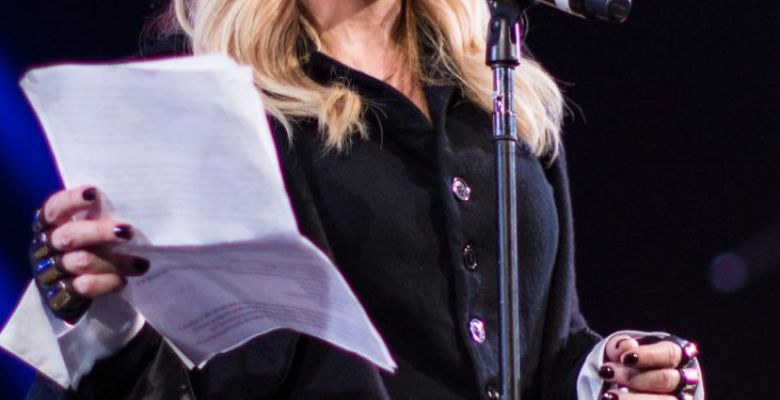 Thousands of people, mostly women, took part this Saturday (21) of the Women’s March in Washington in protest against the American president, Donald Trump. According to organizers, around 500,000 people from all over the country attended.

The protest began in the morning as Trump, along with his family and Vice President Mike Pence, attended a religious ceremony at Washington’s National Cathedral, which traditionally closes the inauguration events for the new president.

In the streets, thousands of people have joined personalities such as singers Madonna and Alicia Keys, actresses Scarlett Johansson, Ashley Judd and America Ferrero, and filmmaker Michael Moore, as well as other activists who have spoken out against the president and asked for more respect Women, immigrants, Muslims, gays, the disabled and minorities.

Meanwhile, about 300 sister marches take place in other US cities such as New York – where the protest will be finalized at the president’s former residence – Trump Tower, Boston, Los Angeles and Seattle. Protesters also took to the streets for Women’s Marches around the world, such as London, Berlin, Paris, Rome, Vienna, Geneva, and Amsterdam, Tokyo, and Seoul, among other cities.

On Friday (20), the day Trump took office, there were also protests in Washington, with more than 200 protesters arrested after activists and police clashed.

Singer Madonna surprised those present as she joined the protest and stepped onto the stage to speak out on the new government. “Welcome to the love revolution,” said the singer, ending hours of speeches by celebrities and activists. “To rebellion, to our refusal, as women to accept this new age of tyranny.”

“We can not go from a nation of immigrants to a nation of the ignorant,” said one of the first speakers, Honduran-born actress America Ferrera, referring to Trump’s promise to deport between two and three million immigrants and build a Border with Mexico.

One of the speakers who received most applause was Sophie Cruz, a six-year-old American-Mexican girl whose parents are in an irregular situation and who became famous in 2015 when Pope Francisco embraced her. “We are here together to form a loving network that protects our families,” he said on stage, while his mother, next to him and dressed in Indian clothing, wiped away tears.

“I also want to tell the children to please do not be afraid because we are not alone … Let’s fight for the righteous!” Asked the girl.

“President Trump, I did not vote for you, but support my daughter who, as a result of her appointments, can grow up in a country that is retreating, not advancing, and may not have the right to make decisions for her body and His future as his daughter Ivanka had the privilege of power, “asked Scarlett Johansson.

In response to Trump’s inaugural speech, which said he would end the “American Carnage” in his administration, filmmaker Michael Moore said: “We are determined here to stop Trump’s butchery.” The director also said it was time to reform the Democratic Party, which needs new leadership, he said.

The Democrat Hillary Clinton, who lost to Trump in the presidential election, thanked the protesters in her Twitter account. “Thank you for being there, for talking and marching for our @womensmarch values. More important than ever, I think we’re always stronger together,” said the Democrat.