The loneliness of the elderly in a Syria at war 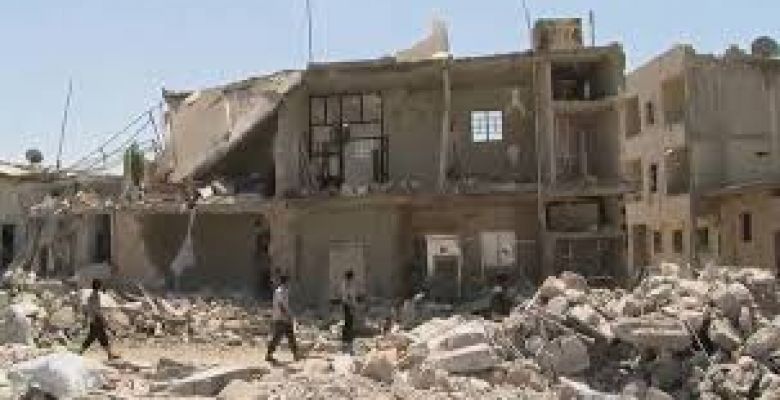 Alone and isolated in her small bedroom of a senior residence in Damascus, Naz Ashiti observes the photographs of her daughters exiled years ago by the war, stopping at every detail of their faces.

Leaving their parents in a nursing home was inconceivable to the Syrians, in a country where not caring for the family is considered shameful.

But six years of war destroyed families and forced many to consider this option.

“I came because my house was destroyed and my daughters exiled in different countries,” explains Naz Ashiti, an 85-year-old woman from Duma.

This city near Damascus is in the hands of rebels opposed to Syrian President Bashar al-Assad, and surrounded by regime forces since 2012.

Ashiti, from a wealthy family, is one of 140 residents of Dar al-Saada (The Happiness House). His three daughters live in Jordan, Germany or Iraqi Kurdistan.

Every day, Naz Ashiti reads or writes in her diary, while waiting for a phone call from one of her daughters. When there is electricity, he watches television, hoping to hear good news from Duma or the countries where his daughters live.

“We lived in dignity in our house. Here, the service is excellent, but I feel humiliated by loneliness,” he told AFP. “I never thought that I would spend the rest of my life looking at the pictures of my daughters, thinking how much I missed them.”

– A bed as a refuge – The residents of Dar al-Saada pay a monthly fee of 110 euros for food, service and a bed in a room shared with two other people. Each is equipped with a TV, a table, and an electric heater.

One of the four floors of the center is reserved for the destitute.

Before the war began in 2011, the residence was almost full but received no more than one or two applications per month.

But with the war – which has left more than 310,000 dead since 2011 – seniors arriving without family and daily orders come, explains Director-General Lamis Al Hafar.

Despite her 82 years, the principal walks the walker center to oversee every detail, including the amount of salt in the food.

“Due to the problems in Syria, many young people were forced to flee and leave their parents, who were left alone, unable to cover their needs,” he explains.

“When a bed is released, I feel sad and cheerful at the same time, I know someone has left us, but I am happy that the bed is a refuge for someone who needs it,” adds Haffar. “Getting a bed here has become one of the last dreams for many seniors.”

– Separated by death – At the institution, located in the western part of Damascus, most of the residents have no news of their children.

Hasania, 75, distributes treats to his friends in Dar al-Saada and asks them to pray for his son Ahmed, who is dead near Damascus in 2012.

“I depended on Ahmed for everything. I never imagined the day would come when he would die, leaving me alone,” he says.

Near it, Hamida al-Hadad murmurs verses from the Qur’an, passing the beads of the rosary with his fingers. He has not seen his children for two years, who remained in the besieged city of Madaya, 40 km from Damascus.

“I’m sick, and my son took me to the hospital in Damascus two days before the road closes,” explains the 85-year-old woman. “When I wanted to go back, the road was closed, and I slept on the street until a young man accompanied me to Dar al-Saada.”

Look out the window, trying to hide your tears. “The war separated me from my children and grandchildren, and I believe I will die without seeing them again,” he adds. “I’d rather die with my kids than living away from them.”