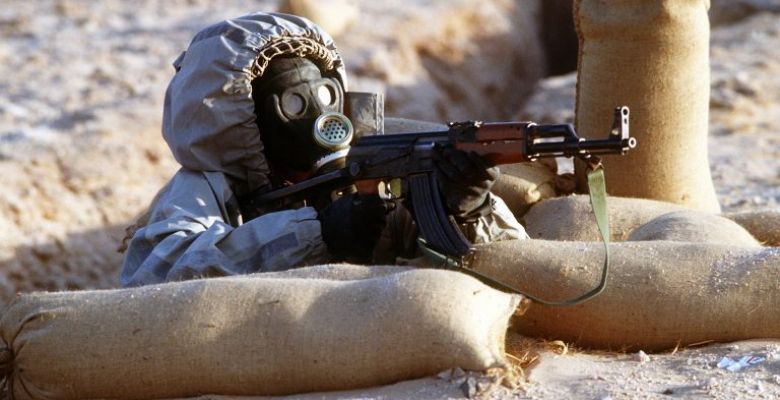 The arrest of an Uzbek as the prime suspect in the New Year attack in Istanbul turns the spotlight on Central Asia. The terrorist group has long targeted former Soviet republics. The five former Soviet republics of Kazakhstan, Turkmenistan, Tajikistan, Uzbekistan and Kyrgyzstan are considered a fertile ground for the recruitment of members of the terrorist group “Islamic State” (EI). The recent identification of a Central Asian originator as the prime suspect in the New Year night deaths in Istanbul confirms this assessment. Turkish police arrested Abdulgadir M., who was born in Uzbekistan in January 1983, in a suburb of the metropolis. In his possession were found large sums of money and arms. According to the governor of Istanbul, Vasip Sahin, he is a terrorist who has been trained in Afghanistan. The national press had already designated as quirquiz or Uzbek the perpetrator of the attack claimed by the EI, which killed 39 people in a nightclub.

Uzbekistan security officials are reviewing reports coming from Turkey, Interfax news agency reported. Recruitment centers Previous attacks, such as the one at Istanbul airport in June 2016, were also attended by individuals from Kyrgyzstan and other Central Asian countries. There are no exact figures on how many Central Asians are fighting in Syria and Iraq. In December 2015, the New York-based political consulting firm The Soufan Group estimated at 4,700 total EI members from the former USSR. More than half of them, however, would be Russian citizens, mainly from Caucasus republics like Chechnya, Ingushetia, and Dagestan; While most of the 500 combatants in Central Asia would be Uzbeks and Kyrgyz.

Other sources point out an equal number of Tajiks fighting for the EI. Tajikistan is the highest-ranking military officer to desist from Central Asia to join the EI: in 2015 Colonel Gulmurod Khalimov, 41, a commander of an elite unit, traded his country for Syria. In November 2016 the Tajik Interior Ministry announced a foreign fighter to Khalimov. Terrorists for economic reasons Many IS members from Central Asia are likely to have died during attacks by the international coalition in Iraq and Syria.

Russian experts like Andrei Serenko of the Center for Studies on Afghanistan believe that many are trying to return to their home countries through Turkey. Lev Korolkov, another specialist in the region, whom the Russian media identifies as a former intelligence officer, confirms this conclusion: “Many fighters who had brought their families are returning to Turkey and dispersed there,” others would have moved to others Such as Libya or Afghanistan.

Serenko points to a new trend: EI recruitment would have become a kind of “labor migration”: “According to analysts’ estimates, more Central Asian nationals are embracing jihad more for financial reasons than for ideological reasons.” According to Korolkov, many Central Asian youths who lost their jobs in Russia end up being easy prey for EI recruiters when they return home.

At present, Moscow is conducting a very restrictive immigration policy, and life in the Muslim states of the region has become increasingly difficult economically due to unemployment and inflation. Fighting terror does not stop Russia, and the Central Asian republics regularly report arrests and convictions of EI recruits and suspected terrorists. In Tajikistan, in early December, a court sentenced a man to 17 years in prison accused of recruiting his compatriots for the Syrian war, as well as providing them with air tickets to Turkey.

In the same month, in the Russian city of Rostov-on-Don, a Russian and a Kyrgyz were sentenced to long prison sentences for allegedly training with terrorists in Syria and Iraq. In Russia, several groups were inarticulate at the end of 2016. According to authorities, they planned attacks, including in the capital Moscow. Most of the suspects come from Tajikistan, Uzbekistan, and Kyrgyzstan.