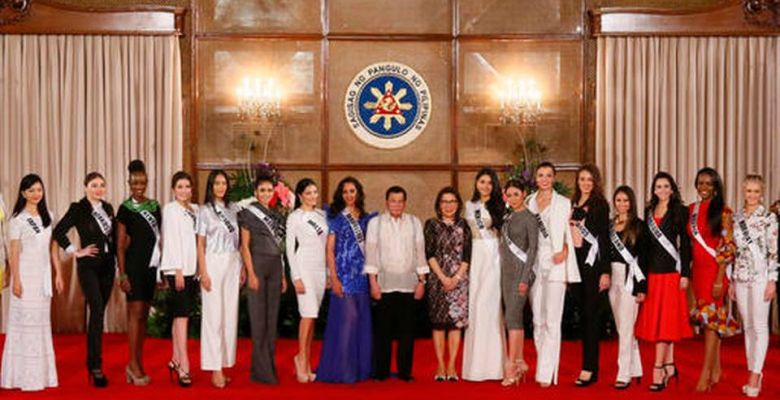 Philippine President Rodrigo Duterte made a statement without customary swearing on Monday, telling dozens of candidates for the Miss Universe that they should push forward the empowerment of women.

The controversial leader usually makes delusional and improvised speeches, full of improprieties and threats to kill criminals. He has already insulted several world leaders, calling both former US President Barack Obama and Pope Francis “son of a bitch.”

But on Monday Duterte behaved, welcoming more than 80 participants in the beauty pageant to receive them at the presidential palace in the capital Manila. On January 30 the Philippines will host the Miss Universe for the third time.

“Normally I do not read my speeches, I’m no good at it, but this time … they told me to behave in my language,” he said the candidates.

Critics of Duterte accuse him of being sexist and disrespectful to women. On one occasion he publicly commented on the length of the vice president’s skirt and his knees.
During his campaign, he was widely repudiated by a rude remark about the rape and murder of an Australian missionary in 1989.

On Monday, he encouraged the women candidates to use the contest to “promote women’s empowerment for a wider audience.”

The broadcast of the contest is expected to attract half a billion viewers worldwide, according to the organizers.

President of the United States, Donald Trump, sold the Miss Universe Organization to the WME / IMG agency in 2015.