‘Antidiplomacy’: the unorthodox style with which Trump conducts US international relations 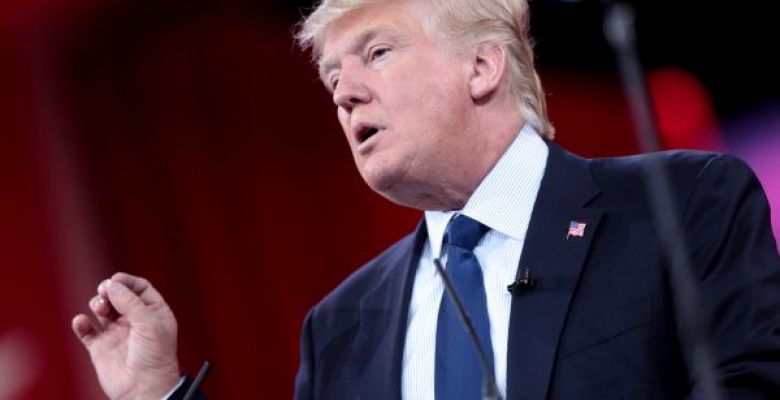 His style was always cheeky and temperamental. Trump never hesitated to be politically incorrect. These attributes made The Apprentice a TV hit not only in the US but helped him close deals in the real estate market in boom times – and to stay “alive” when the 2008 financial crisis erupted.

But there are those who question whether the “Trump Way” will be effective in the task of imposing authority on the world stage. It is certainly a radical change in the way other American presidents behaved in international relations, with carefully managed interactions, rarely evading protocol.

Perhaps it is better to say that the world is seeing Donald Trump as “anti-diplomatic.”

Several media outlets around the world announced on Wednesday the alleged content of Trump’s talks with Mexican President Enrique Peña Nieto and Australian Prime Minister Malcolm Turnbull based on information from sources who had access to the transcript of the talks.

Turnbull, Trump said an agreement with the Barack Obama administration to receive more than 1,000 refugees currently in Australian detention camps was the “worst engagement in the world.” He also described the conversation with the Australian leader as the worst he has had with international leaders. At one sign was the fact that the conversation, scheduled to last an hour, ended in 25 minutes.

Mexico
In the phone call to Peña Nieto, Trump would have complained of the action of the Mexican authorities against the narcotraffic and the crime. According to the AP news agency, the American president would have threatened to send troops to the neighboring country – information denied by the Mexican government.

In both conversations, Trump would have boasted of the size of the crowd that watched his possession on the streets of Washington on January 20. The subject became recurring in Trump’s pronouncements after media in several countries claimed that the event received much less hearing than Obama’s inauguration in 2009.

But the reports diverge from White House communiqués, which speak only of the “strength of relations” between countries and their “closeness.”

A Trump tweet condemning the refugee agreement with Australia seemed to confirm that the conversation with Turnbull was less harmonious than in official documents.

And the president did not try to dissuade anyone.

“If you hear that I’m having a hard time talking, do not worry, it’s time to be a bit harsh, my friends, every country in the world is taking advantage of us.

This more abrasive attitude appeals to the people who support Trump but worries those who predict global problems for the country.

“This creates deep uncertainty in other nations about the reliability of the United States. If Trump continues to behave erratically, the consequences can be unpredictable,” said Zach Beauchamp, a journalist specializing in international relations.

Not all of Trump’s interactions, however, have been aggressive. The conversation with Pakistani Prime Minister Muhammad Nawaz Sharif was marked by praise from Trump, according to the transcripts.

Donald Trump’s trading strategy was described in the book “The Art of Selling.”

“Pakistanis are smart people. I’m ready to help them find solutions to their problems,” the statement said.

The Art of Selling
In a book published in 1987, The Art of Selling, Trump explains the secrets to real negotiation. One is “to be affable but to defend yourself with everything” if anyone believes that you are being treated unfairly.

Another is “never show weakness.”

“The worst thing you can do in a negotiation is to be unprepared,” Trump wrote.

“That makes the other party smell blood, and you’re dead.”

Some say Trump seems to be applying these maxims to his diplomatic relations.