After vacation, Obama and Michelle start office activities in Washington 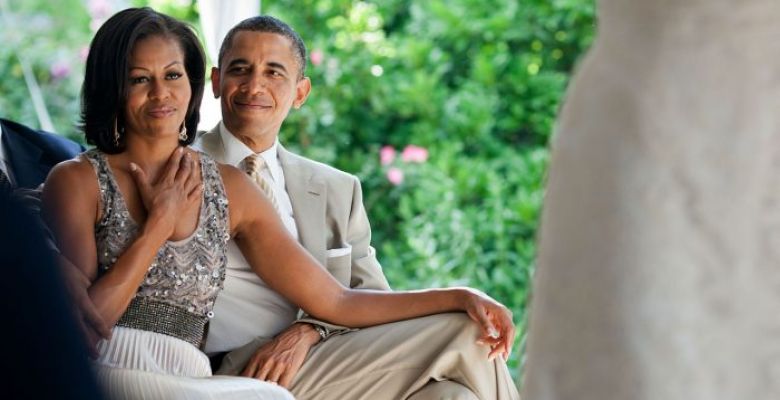 After a two-week vacation, Barack and Michelle Obama are already in Washington and have begun work on the new office that will coordinate their activities after they have left the White House.
The website is “barackobama.com,” but the name makes it clear that the project is for both. “Barack’s Office and Michelle Obama.”

The welcome message is “we love you too, ” and it seems to respond to the millions of citizens who have expressed in demonstrations and social networks how much they miss the couple.
Obama was one of the presidents who left the White House with the highest approval rate, about 60 percent, while Michelle reached 68 percent in some polls, such as one conducted by the Gallup Institute.

The background photo of the site is a symbolic image of the couple, their backs looking at the Washington Monument, the obelisk in the center of the American capital, and the National Mall esplanade.
A brief but powerful video of Obama’s farewell speech in Chicago serves as a statement of intent: “It was the greatest honor of my life to serve you, and I will not stop, I will be with you every day of my life.”

The website, which is simple in design, contains a presentation with the biographies of the couple and three forms: for journalists, for those who want Obama or Michelle to speak at an event and for anyone wishing to send a message to either.
“As President Obama said, the change we seek will take more than one term or the presidency. Real change, significant change, takes many years and requires every generation to embrace the obligations and opportunities that come with the title of citizen”, Indicated the brief presentation.

On Saturday, the office sent an e-mail to the journalists to register them to receive the communiqués released by the couple in the future.
Obama only spoke once he left office. On Jan. 30, the former president said through a spokesman that American values ​​were in jeopardy with the immigration measures signed by his successor, Donald Trump.
Obama left the White House on January 20, at age 55. Young about the other occupants of the post, his post-presidency may be one of the longest in the country’s history.

In the new mission project is the Obama Foundation, which is also in charge of overseeing the construction of the library and presidential center in Chicago. “The Obama Foundation is a project in creation to shape, together, what it means to be a good citizen,” explains the entity’s description on Twitter.

The Obamas decided to live in Washington after the presidency so the couple’s youngest daughter, Sasha, 15, can finish high school. Last Thursday, the family arrived at the new home in the capital after spending two weeks vacationing.

It is a rented mansion in Kalorama’s northwestern district, where the new president’s oldest daughter, Ivanka Trump, and her husband, Jared Kusher, one of the White House’s top aides, have resided since January.
The mansion is less than two kilometers from the office the former president rented from the environmental organization World Wildlife Fund, which leases spaces for other entities.

The Obama’s stay in the capital, now free from the restrictions of the White House, excites many residents and publishers of local leisure magazines. Everyone is wondering where they can meet casually with Obama and Michelle.