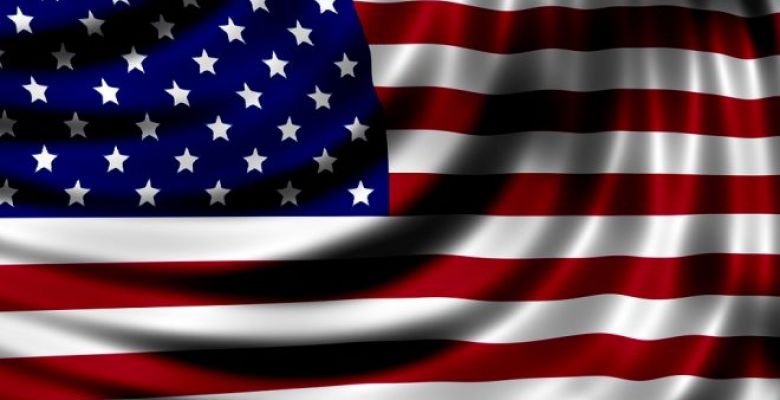 The quest for a foreign policy focused more on primary and direct national interests and less on maintaining the position of world economic and ideological “hegemony” may signal the beginning of the most far-reaching period of global realignment in more than a century, Former White House diplomatic adviser.

For William McIlhenny, a former director for North America at the US National Security Council during the first term of George W. Bush and currently a senior analyst at the German Marshall Fund’s reflection center, the change in focus “is inevitable. “.

“For the past 70 years, the US has left much of the cost and responsibility for political and security outcomes in other countries, with 4% of the world’s population and 16% of the economy, we can not maintain this without sacrificing our economy” , He says in an interview with the BBC.

Upon assuming the presidency, Donald Trump confirmed his campaign platform and made it clear that he would give priority to immediate US interests over multilateral economic and military agreements.
As president since January 20, he officially withdrew the country from the Trans-Pacific Economic Cooperation Agreement (TPP) and announced plans to renegotiate the North American Free Trade Agreement (Nafta), signed in 1992 with Mexico and Canada, Arguing that both hurt US companies.

The White House, he said, will give priority to bilateral agreements, which are expected to respond more closely to US expectations.
Trump also caused adverse reactions in the international community by authorizing the construction of a wall on the border with Mexico, praising the UK’s decision to leave the European Union and calling the North Atlantic Treaty Organization (NATO) obsolete, The US stay in the Western military alliance.

McIlhenny acknowledges that the role of “world hegemony” was “unquestionably a primary, even existential” interest of the USA after World War II and during the Cold War.
“But the realities of today are different: the world is already multipolar, economically and politically, even though the United States has an unequaled geopolitical force, and we really can not afford to pay the high political and economic price to continue as a hegemony World, “he argues.
How did Trump define the seven countries in the controversial ban on entry into the US?
US intervention in Iraq is a testament to the “difficult and extremely high cost of trying to affect distant political and security outcomes” in today’s world, says the former adviser.
“The war in Iraq has become a powerful demonstration of a world that is already changing, in which the United States was unable to achieve the result they were looking for at an acceptable price, despite its incomparable geostrategic power.”
The conflict “dramatised the limitations of even a reliable, technologically sophisticated power,” as the US observes.

Selective Presence
To the analyst, under Trump, the defence of democracy or human rights on the international stage takes second place. In its place, foreign policy will be guided by the defense of “primary” and direct national interests, which involve a trade.
He points out that this is not a “withdrawal” or a “decline” of the American empire.
“The inevitable result of this narrower definition of primary interests would be a shift in the role of the United States into the world in which the country is still an active, probably high, and influential actor, but much more selective in the way it uses This power, “he believes.
The strength of that power on the international scene will depend mainly on the outcome that Trump’s policies will have on the national economy, says McIlhenny.
The influence of the country will also be affected by “perceptions and feelings.”
“So disastrously implemented policies that offend international sensitivities, such as the recent anti-immigration decree, could still reduce influence in the short term, and the US should pay attention to that,” he warns.
He refers to the order suspending the Syrian refugee reception program indefinitely and prohibiting the entry into the US of citizens of seven Muslim-majority countries. A court order suspended the measure on Friday.
“If, as some fear, the Trump administration allows itself to be adequately characterised as ethnic-nationalistic, this would obviously affect in an important way the external and internal perceptions.”
Global Realignment

In this shift in foreign policy, the major issue for Trump is “how can the US get rid of the burden of” international responsibility “without creating a vacuum that causes widespread destabilization and still maintains adequate strength to protect its interests in one scenario International competition, “says McIlhenny.

“In this environment, of course, others will feel freer to compete for interest and influence. This is a dilemma that any future US administration would have to face,” says the former adviser.
McIlhenny says it “is harder than ever” to predict the outcome of a global realignment, but believes that no country will take the position of world power alone.

“From a practical point of view, I do not think that China can assume the role (as leader of a liberal international order), or that the world would accept it.”
Justus says he is not a candidate but reveals what he would say if he were to run
He does not rule out a rapprochement between US and Russia, but notes that for this, Moscow “would also have to interpret its interests in a more creative, less ultratraditional way than the government seems able to do at the moment.”
The change in the world order “does not necessarily mean the death of the traditional alliances, because many of them tend to be supported by cohesive interests,” emphasizes McIlhenny.

“But all (the alliances) will be open to review and perhaps even a reconfiguration based on new calculations of interests.”

McIlhenny claims that the reduction in US foreign intervention had already been discussed at the top of US government for at least a decade since he was part of the team.
If it has not been done before it is partly due to “the significant economic and other interests invested in the status quo.”

“It makes it difficult for any establishment president to resist.” Trump has come to power opposing this establishment, and he has yet to rule, but he is less attached to it than any other president in history Modern, “he notes.
The analyst believes that the change in US administration “may signal the beginning of the most far-reaching period of global realignment in more than a century.”
He points out that the effects of the Trump government will combine with other “profound changes” that are taking place on the main issues.

He cites as an example the technological evolution, which “is leading a complete redefinition of the nature of employment,” and the “challenge” imposed by the aging of the population.

“For me, this is one of those rare defining moments in history as we turn to a new era.” When you think of the Trump administration, it is important to see it as a first step. But it is certainly the impetus in a broader global change process, “says McIlhenny.