Thousands of Mexicans protest against Trump attacks and call for unity 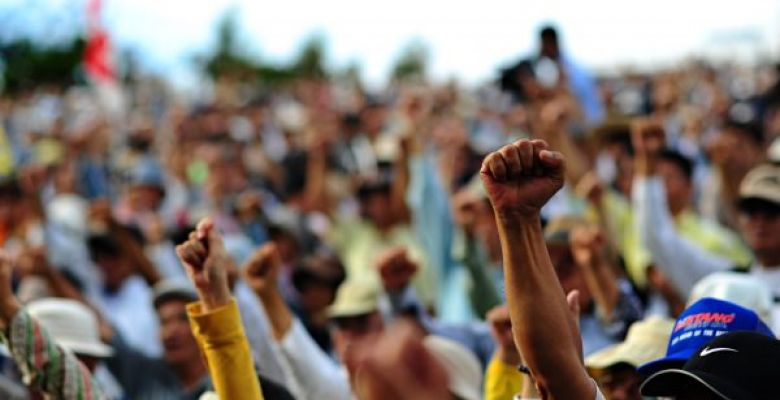 Thousands of Mexicans took to the streets of different cities Sunday to protest US President Donald Trump and his policies against Mexico at a national union show that also included criticism of President Enrique Peña Nieto.

Posters demanding respect for Mexico and criticizing the border wall that Trump wants to build were the most seen in demonstrations in the nation’s capital. Participants also carried many Mexican flags.

Speaking to the newspaper “El Universal” during the demonstration, historian Enrique Krauze explained that the protest is not against the USA nor the American people.

“It’s a march against the absurdity, injustice, and abuse that our countrymen, their families in the United States, and, in general, the entire Mexican people, are being victimized by this monster that by a historical accident occupies the White House,” Krauze said.

Some protesters agreed with the historian and called in their posters the American president of “narcissist and psychopath.” In another, Trump was compared to Adolf Hitler

The protest, which was attended by many families and in which people dressed in white, was summoned by social networks with the hashtag # vibraMexico. “Events were recorded in Mexico City, Mérida, Villahermosa, Guadalajara, Monterrey, Hermosillo, Colima, León, Irapuato, and Morelia.

In the capital, the demonstration aims to “express rejection and indignation at President Trump’s ambitions and contribute to the search for concrete solutions to the challenges they face,” according to the organizers, who define the movement as non-partisan and peaceful.

Among the more than 70 organizations that have joined the initiative are Amnesty International and the National Autonomous University of Mexico (UNAM).
In addition to Mexico, another movement, called “United Mexicans,” took to the streets against the wall of Trump and in defense of the dignity and rights of Mexican immigrants in the United States.

The president of Mexico also did not escape the critics of the demonstrators. Some posters questioned the government and asked Peña Nieto to leave.