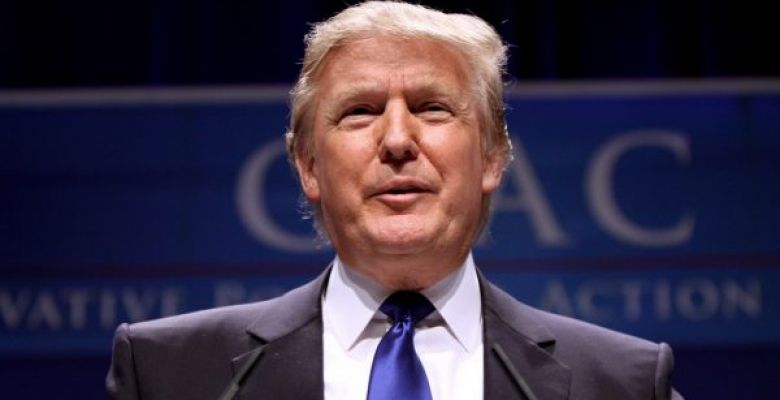 Distancing himself from the two-state solution to resolving one of the world’s oldest conflicts, Donald Trump charmed Israel’s right wing and shocked the Palestinians, though no one could unveil the intentions of the new American president.

“This is the end of a dangerous and misguided idea: the creation of a Palestinian terrorist state in the heart of the land of Israel,” boasted Israeli Minister of Science Ofir Akunis, reiterating the Jewish claim on the West Bank in the name of the Bible.

For his Culture colleague, Miri Regev, it is “a new diplomatic era” and the “end of the freeze” of settlements in the occupied Palestinian territories.
Receiving on Wednesday at the White House, Israeli Prime Minister Benjamin Netanyahu, Trump has taken a step back from the stance advocated years ago by his predecessors over the Israeli-Palestinian conflict.

He said the United States would not stick to the two-state solution – the creation of a Palestinian state that coexists with Israel – which is also the reference of much of the international community.

“For a long time, I thought the two-state solution was the easiest. But honestly, if Israel and the Palestinians are happy, I’m satisfied with what they prefer,” the Republican president said.
The apparent breakup of a man who campaigned for very pro-Israeli ideas during his campaign worried the Palestinians.

“The end of the two-state solution means a single state, even a racist one,” the Al-Quds editorial said. “After more than twenty years of negotiations, and after agreeing to keep only 22 percent of historic Palestine, the big question is: what should we do?”

Palestinian leaders who support negotiations with Israel say that without a Palestinian state, the only possibility is an expanded state in the West Bank, already occupied by Israel, and in East Jerusalem, which the Palestinians claim as their future capital, but which Israel annexed.

The Jews will have more rights than the Palestinians, which would amount to an apartheid regime, they say.

After the Trump-Netanyahu meeting, the Palestinian presidency chose the tone of the reservation. He repeated in a statement his “commitment to the two-state solution” and said he was “ready to interact positively with the Trump administration to build peace.”

“The impression we have is that Trump says he wants peace,” Hossam Zomlot, an adviser to President Mahmoud Abbas, told AFP, attacking Israel but not Trump.

But Jihad Harb, a Palestinian political scientist, highlights the difficulties of the Palestinian leadership to establish channels of communication with the Trump administration.
Weak and divided, it has no other horizon than a diplomatic confrontation with Israel, something that the United States could make it expensive to pay, or a popular revolt, with unpredictable consequences, he points out.

“The Palestinian leadership fears it could come in a confrontation that could be counterproductive,” he said.

“A warm and excellent meeting with President Donald Trump, a day of success for the State of Israel,” said Netanyahu for his part.

Even the call for Trump’s retention on colonization has not affected the satisfaction of one whose country has announced more than 6,000 colonization homes in the last weeks before being restrained by the White House.

Netanyahu, under pressure from his right, told Israeli reporters he had accepted during his talks with Trump to seek an agreement with the United States government on construction in the settlements, media reports said.
“It’s worth making an effort,” he said, according to the press, excluding backtracking in recent announcements.

“The Trump administration is not yet able to develop real policies, and it is premature to speculate,” says Shmuel Rosner, a specialist at the Jewish People’s Policy Institute. “I do not believe President Trump presented a realistic view of peace in the Middle East yesterday.”