George W. Bush regrets ‘racism’ in US during Trump’s term 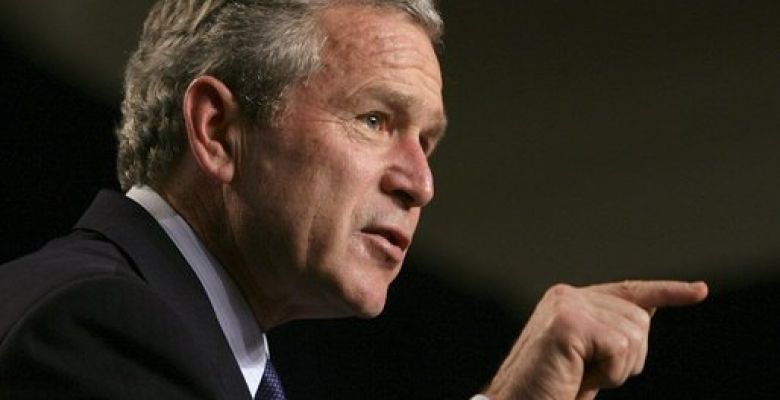 The Former US President George W. Bush (2001-2009) lamented “racism” in his country under Donald Trump, but without directly criticizing the policies of the current leader and proving “optimistic” about the resolution of those Tensions.

“I do not like racism, I do not like insults, and I do not like people feeling marginalized. Nobody likes that,” Bush said in an interview with People magazine, which had a remarkable impact on Tuesday.

The Republican opined that the political climate in Washington is “pretty ugly,” but has been “optimistic about how things will turn out.” “We’ve gone through these periods before, and we always find a way out of it. I’m more optimistic than some,” Bush said.

“It’s always the same: people are campaigning, and then the work is different when they get to the job, and the job ends up impressing every president’s situation, and that’s what’s going to happen,” he added.

Bush, who left power in 2009 with a very low approval rating, has steered clear of the limelight since then and has avoided criticizing his successor in the White House, Democrat Barack Obama. “I did not feel the need to say anything about it because I did not want to complicate their work, and neither I will do it now (with Trump), but at the George Bush Center, yes, we are speaking,” explained the former president.

This center that Bush runs alongside his wife, Laura, includes among his works some tasks that contrast with Trump’s isolationist philosophy, such as immigrant naturalization ceremonies and leadership training workshops for Muslim women who come to the institution from the East Medium.

Asked whether Trump’s willingness to restrict immigration from certain Muslim-majority countries will complicate some of his center’s programs, Bush said that “it may be,” but he said he would find a way to “bring” those women into the country.

In the interview, Bush revealed that Trump had not contacted him so far to seek advice and that Obama did not appeal to him too much when he came to power. “It’s not something that bothers me.I understand the nature of the work.There are a lot of things to do when you’re the president, and you have to focus on work,” he said.

In an interview broadcast on Monday by NBC, Bush called for “a migration policy of protection and respect for the law,” but avoided directly criticizing Trump’s controversial immigration decree, which was blocked by a judge and will be Replaced by a new measure.