Palestinian and Israeli women protest against occupation in the West Bank 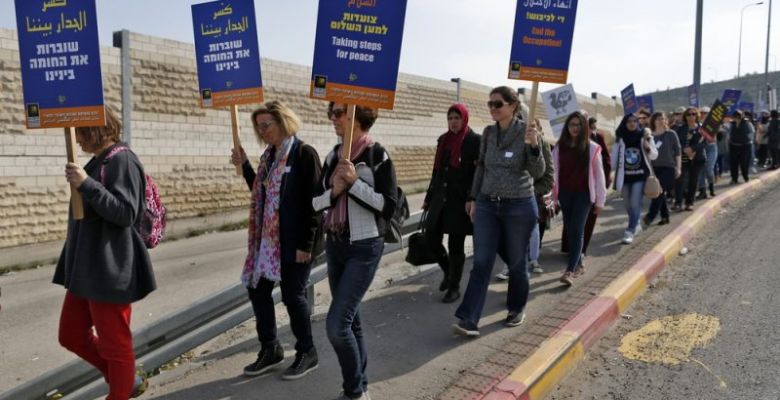 Hundreds of Palestinians and Israelis who have lost relatives to the region’s conflict for more than half a century have gathered on Friday in the West Bank to protest the Israeli occupation.

About 200 women walked towards two Israeli military bases in the Beit Jala area near Bethlehem, some with posters stating “Stop the occupation” and “Our tears have one color.”

They also knocked down a small wall erected for the occasion, as a symbol of Israel’s separation barrier in the West Bank.

The protest was organized by The Parents Circle-Families Forum, which claims to group more than 600 families who lost members in the Israeli-Palestinian conflict.

Some women at the demonstration were insulted by Israeli settlers who passed by the car, according to France-Presse.

Robi Damelin, an Israeli whose son was killed near Ramallah in the West Bank, lit a candle in memory of the countless victims of the conflict.

“My son was a reserve officer in the Israeli army and, before being summoned, he was in charge of Tel Aviv University,” he said. A Palestinian sniper killed him in 2002 in the West Bank.

Suha Abu Khdeir, whose 16-year-old son was abducted and burned alive by Israeli settlers in July 2014, told other women, “I can not sleep at night. What happened to my son consumes me every day.”