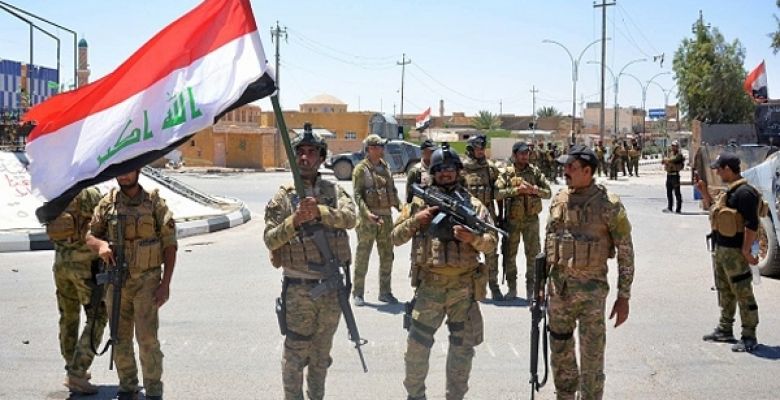 Iraqi forces have announced that they have taken over from the Islamic State (EI) group the Mosul railway station, which has been crippled since the conquest of that northern city by extremists but has already been one of the most important in the country.

The station, built in the 1940s, allowed goods to be transported from Turkey and Syria to Baghdad and Basra (South) and was attacked on several occasions by terrorists before the arrival of the EI in 2014, AFP told AFP Salam Khabr Saloom, Director General of the national railway company.

Passenger transport was abandoned after the US invasion of Iraq in 2003, according to company spokesman Abdul Sattar Mohsen.

General Raëd Chaker Jawdat, a commander of the federal police, said his troops had resumed the train station as well as a nearby bus station, both located in the southwest of the city’s historic center.

Iraqi forces also advanced on the outskirts of Mosul. The 16th Division recovered two villages in the northwest – Cheikh Mohammed and Al-Jamaliyah – according to Joint Operations Command, which coordinates the fight against the EI.

In their Western offensive, Iraqi forces resumed from the EI several important or symbolic buildings, such as the Nineveh provincial government seat, as well as the city museum, vandalized by extremists.

On Sunday, Iraqi forces announced the conquest of nearly a third of the Western sector.

The reconquest of this region would allow the government to strengthen its authority and inflict a great defeat to the Sunni ultra-radical group.
Mosul, where EI leader Abu Bakr Al-Baghdadi made his only public appearance in July 2014, is, in fact, the last stronghold of the extremist group in Iraq.

In addition to the railway station, government forces have recovered several important or symbolic buildings on the western side of Mosul.

In recent days, Iraqi forces had ousted extremists from several neighborhoods, including the Nineveh provincial government sector and the Central Bank building, where extremists stole millions of dollars in 2014 when they conquered Mosul.

The extremist resistance in Mosul yields, but military officials warn that fighting will still be necessary to regain the entire city, particularly the densely populated old part.

The fighting forced 80,568 people to leave their homes, the International Organization for Migration (IOM) said on Tuesday.

According to the IOM, 238,000 people were displaced in the Mosul region.

“A large number of people arrive every day” at the camps around the city, says Hala Jaber, an IOM spokesman for the Mosul crisis.

In the face of population movements, Iraqi forces are trying to unmask extremists who take advantage of the chaos to hide among civilians or flee fighting.

In this context, the Human Rights Watch (HRW) organization denounced on Tuesday the Iraqi Interior Ministry of keeping more than 1,200 men and boys suspected of links with Islamic extremist groups in “terrible conditions” detained in southern Mosul.

“At least four prisoners have died in cases that appear to be linked to lack of medical attention and [detention] conditions, and two prisoners had their legs amputated, apparently for lack of care of injuries that could have been treated,” HRW says.

The ministry spokesman said he could not comment on the report before discussing it with the authorities.

The prisons in question are located in Qayara and Hamam al-Alil, according to Human Rights Watch, who visited some of them this month.

The organization noted that these impromptu prisons are under the control of the Interior Ministry intelligence service, which interrogates prisoners captured by security forces battling the Islamic state group.