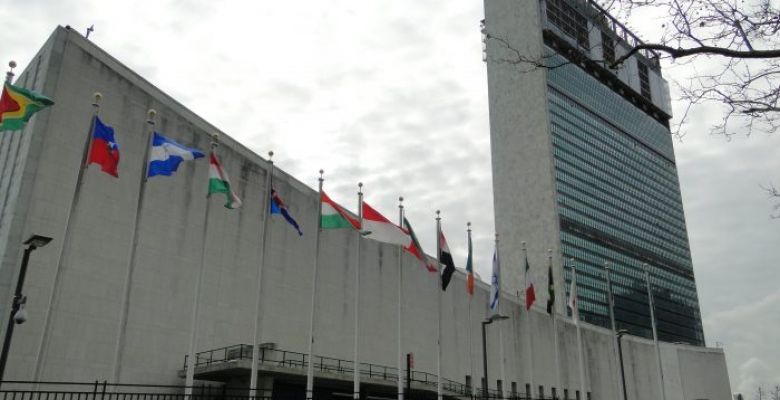 A UN agency issued a report Wednesday (15) accusing Israel of imposing an “apartheid regime” of racial discrimination against the Palestinian population and said it was the first time a UN body had clearly made the accusation.

A spokesman for the Israeli Foreign Ministry compared the report published by the UN Economic and Social Commission for Western Asia to the “Der Sturmer,” a heavily anti-Semitic Nazi propaganda publication.

The report concluded that “Israel has established an apartheid regime that dominates the Palestinian population as a whole.” The accusation generally made to Israel by critics of the country, is emphatically rejected by the Israelis.

Rima Khalaf, deputy secretary-general of the United Nations and executive secretary of the West Asian commission, said the report was the “first of its kind” by a UN agency that “clearly and frankly concludes that Israel is A racist state that has established a system of apartheid that persecutes the Palestinian population. ”

The Economic and Social Commission for Western Asia gathers 18 West Asian Arab states and aims to support the economic and social development of the member countries, according to its website. The report was prepared at the request of member countries, Khalaf said.
Reactions
Stephane Dujarric, a UN spokeswoman, told reporters in New York that the report was published without the UN secretariat being consulted in advance.

“The report as such does not reflect the views of the Secretary-General (António Guterres),” he said, adding that the report itself notes that it reflects the opinions of the authors.

The United States, allies of Israel, said they were disgusted with the report.

“The United Nations Secretariat is right to distance itself from this report, but it must go further and withdraw the report as a whole,” US ambassador to the UN Nikki Haley said in a statement.

Emmanuel Nahshon, a spokesman for the Israeli government, said on Twitter that the report had not been endorsed by the UN Secretary-General.

“The attempt to defame and falsely label the only true democracy in the Middle East by creating a false analogy is despicable and a huge lie,” Israel’s UN ambassador Danny Danon said in a statement.
‘Strategic Fragmentation’

The report said it had established with “a basis for academic research and overwhelming evidence that Israel is guilty of the crime of apartheid.”
“However, only a decision by an international court in that regard would give real authority to that assessment,” he added.

The report said that “the strategic fragmentation of the Palestinian population” was the main method by which Israel imposed apartheid, with the Palestinians divided into four groups repressed by “different laws, policies, and practices.”

The commission hoped the report would influence deliberations on the root causes of the problem at the United Nations, between member states, and in society, Khalaf said at an event to launch the report in Beirut.

The document was prepared by Richard Falk, a former UN human rights researcher in Palestinian territories, and Virginia Tilley, a professor of political science at South Illinois University.

Before leaving the post of UN special rapporteur on human rights in Palestinian territories in 2014, Falk said that Israeli policies have unacceptable characteristics of colonialism, apartheid and ethnic cleansing.
The United States accused him of prejudice against Israel.