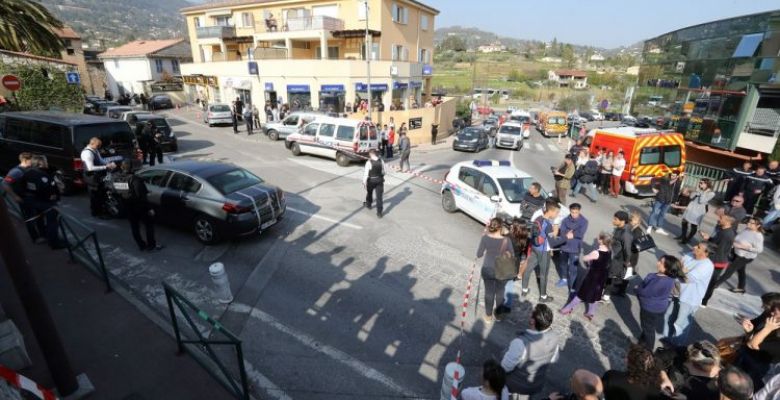 The terrorist alert came to be fired by the government, but police information indicates that it was an incident involving students of the institution.

A shooting incident left injured at a school in Grasse, southern France, on Thursday (16). Four people were shot, and another ten were seen after being affected psychologically or slightly injured by shocks during the time of panic, according to the country’s education minister, Vallaud-Belkacem.

Police sources said a 17-year-old student was detained with a rifle, two revolvers, and two grenades. The profile of the suspect on Facebook shows his fascination with mass massacres, such as what happened in the American city of Columbine that left 13 dead in a college in 1999.

The government even issued a warning of a possible terrorist attack by telephone, but shortly afterward the city prefecture informed them that the incident would involve students and was therefore not linked to terrorism.

After visiting the site, the Minister of Education said that it was “a crazy act of a frail young man fascinated by firearms.” The minister also considered the role of the director of the school “heroic,” who “threw himself on the student and was shot in the arm,” EFE reported.

Vallaud-Belkacem said that all the wounded were well and congratulated the forces of the order for their “instantaneous” action, which allowed the young man “very fast” detention.

The Education Minister assured that the open judicial investigation “should determine if the author had some accomplice and what could be the motivations of his actions.”

The president of the Provence-Alpes-Côte d’Azur region, Christian Estrosi, said that he spoke with the director of the center and that the center is well. “He told me that they alerted him to the student’s presence and that he tried to interpose himself to calm him, but he could not,” he told the local media.