Prince William has been criticized for not working enough 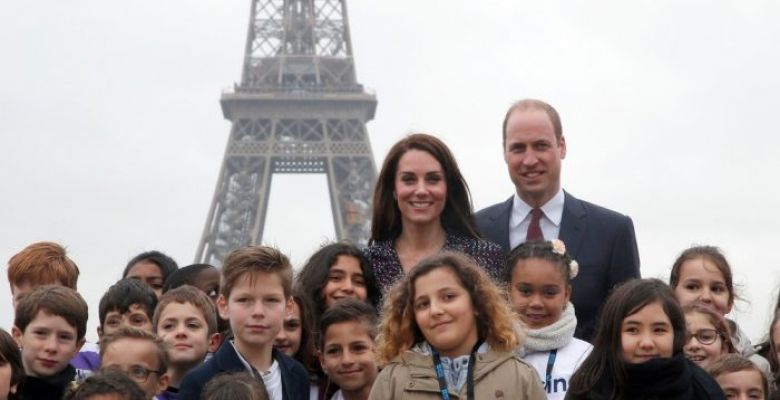 Prince William, the grandson of Elizabeth II, has been criticized in the UK for failing to make enough official commitments as a second successor to the throne, something the British press recriminates as “unethical.”
The rebukes to the Duke of Cambridge, for this reason, have been going on for months, and the last act of the 34-year-old boy who bothered the British was his absence from Commonwealth Day this week for skiing in the Swiss Alps.

While Queen Elizabeth II and her husband, the Duke of Edinburgh, Prince Charles and his wife Camila, as well as Prince Harry, attended a Mass at Westminster Abbey last Monday, Prince William decided not to interrupt a Skiing with friends.

In addition to enjoying the sport of snow, the eldest son of Charles and Diana of Wales also went to the Farinet nightclub in Verbier, Switzerland, on a night where he was accompanied by the Australian model Sophie Taylor and which brought to the press images and videos.

Such was the stirring in the media outlets that the Kensington Palace, the Dukes’ official residence, was obliged to issue a statement in which he assured that William and Kate would participate in the future commemorative acts of the Commonwealth.

“The Dukes of Cambridge attended in the years before the commemorative acts of Commonwealth Day and will do so again in the future,” said the brief note.
The Duchess of Cambridge did not accompany her husband in the snow, but he also made no official commitment during that day, preferring to stay at his home in Norfolk County, England, with the small princes George and Charlotte.

This weekend, William and Kate are on an official visit to Paris, expressly sent by the British Foreign Office to help trim diplomatic ties with France at a time when the UK is preparing to leave the EU ).

In response to repeated criticism of the prince’s lack of commitment, the British royal family announced last January that William would leave his job as an air ambulance pilot this year to devote himself fully to the real obligations.

“His Royal Highness will end his role (as a pilot) at Anglia Oriental Air Ambulance this summer, in line with his commitment to fly with them for two years,” the statement said.

Until he retires, this job takes him 20 hours a week and, according to the British broadcaster “BBC,” taking into account these hours and the commitments he attended this year, William would have worked 34 of the 53 business days of 2017.

In an interview with the BBC in April last year, when discussions had begun on this subject, the prince defended himself by saying that he would be “the first person to accept” real commitments when his grandmother, who is 64 years Throne, gave him responsibilities.

Prince William attended this year’s 12 official events, including a trip to Wales, a gala dinner and a tenure at Buckingham Palace, and his wife to ten appointments.

The highest-ranking British royal family member had appeared until last March 10 was Princess Anne, daughter of the Queen, with 34 appointments, followed by Prince Charles, who was in 29.

For its part, Queen Elizabeth II went to 28 events, while her husband, the Duke of Edinburgh, attended the nine.