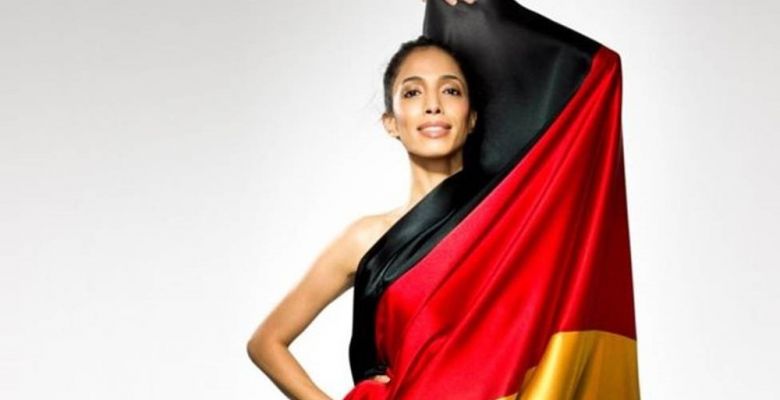 Fleeing with her family from the Taleban violence in Afghanistan in 1999, then teenager Zohre Esmaeli could not imagine becoming, almost 20 years later, Germany’s new face to the world.

Esmaeli, 32, was chosen to replace the top model Claudia Schiffer in the campaign “Germany – Country of Ideas” created by the German federal government and the German Industry Federation in 2006 to promote the country’s image abroad.
“I accepted the offer without thinking too much. It is pride to lend my face to the campaign after Claudia Schiffer, and in this way, I can thank Germany, a country that has given me opportunities to build a new life and in which I feel at home,” Says the model.

Not just the beauty, but the story of the model also weighed on the choice of campaign organizers. According to the president of the initiative, Ute Weiland, Esmaeli, who also has German citizenship, personifies a society open to diversity, innovation and willing to help others.

At the height of the migratory crisis in Europe in 2015, Germany received almost one million refugees. Despite criticism, the German society, in general, was receptive and supported the decision of Chancellor Angela Merkel to open the borders of the country.

In this context, Esmaeli’s choice to replace Claudia Schiffer as Germany’s new face can also be interpreted as a political positioning of the organizers of the campaign.

Born in Kabul, Esmaeli spent her childhood in Afghanistan. At the age of 13, his parents decided to flee the civil war in the country ruled by the Taleban regime – a movement that emerged in the early 1990s and preached a hardline version of Sharia, Islamic law. After selling everything he had, the family began the journey to Europe.

For six months, Esmaeli, her parents, and two brothers traveled on foot and by train, always afraid of being caught, the more than 5,000 kilometers separating Afghanistan from Germany. The arrival at the destination, however, did not mean the end of the difficulties faced by the family.

“When we arrived in Germany 18 years ago, we had faced a long flight with horrible situations, and here we felt very alone. There was no one to explain the rules and how things worked,” says Esmaeli.

For almost two years the family lived in an asylum seeker’s home in Kassel, central Germany. The model recalls that at this time, she went through many unpleasant situations and came to suffer discrimination, especially in high school. All for cultural differences that could have been minimized if the family had received guidance on these issues.

Esmaeli then watched her surroundings to find out how things worked out. “It was important for me to say goodbye to the old way of thinking, but not to deny my country of origin, besides putting aside prejudices and fears and being open to another culture.”

With integration into the new culture, however, the first conflicts between Esmaeli and her family emerged. The teenager decided to stop using the hijab, a veil worn by Muslim women to cover her hair, and faced resistance from her parents.
At age 17, Esmaeli, who dreamed of becoming an electrical engineer in the aviation industry, was discovered by a modeling agent while shopping at a clothing store. Imagining her parents’ reaction, she went to the agency in secret and also did not tell anyone when she took her first photos for her new job.
When the secret came to light, Esmaeli was forced to choose between her career and her family. “My parents did not find the right profession for me. I resolved to fight against all resistance because it was a chance to take the course of my life in my hands,” he recalls.
At that time, the family planned Esmaeli’s marriage. To avoid union with a suitor who did not know and prioritize the career, she ran away from home and spent years without contact with parents. Over time, she went back to her relatives, but to this day her profession is a taboo in the conversations.

Although she lived in Paris, London, and New York, Esmaeli never forgot the difficulties faced in childhood in Afghanistan and as a refugee in Germany. For this reason, she has been working for years to facilitate the integration of asylum seekers and humanitarian aid initiatives in her homeland. The engagement earned her, in 2014, the nomination for the position of German ambassador against discrimination.

Although she has not forgotten Afghanistan, Esmaeli has never set foot in her homeland, in the war for decades. The model, however, says she has not lost hope that someday the situation in the country will return to normal so that she can visit where she was born and spent her childhood.